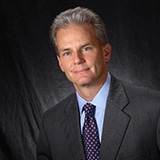 David Floyd is a global medical technology leader serving as a corporate director and advisor, following 32-year career as a medical device industry executive. Substantial Board experience in both public and private companies, with a focus on governance, strategy development, commercialization, and M&A. Current NACD Governance Fellow, and Director and Chair, Nominating & Governance Committee for NN Inc., a NASDAQ-traded diversified industrial company. During career as a full-time operating executive, successfully led medical device businesses ranging from a pre-revenue start-up to a multi-divisional corporate group with over $5 billion in revenue.

Board of Directors Experience

Elected as an independent director of this diversified industrial company in May 2016. Elected Chairman of the Nominations & Governance Committee January 2019.

Served as a Board member for this venture funded global technology company focused on rehabilitative and preventative therapy for musculoskeletal disorders.

CEO and Board member of venture-funded early stage company

As a founding Board member of this 501(c)(6) collaborative enterprise serving the interests of the orthopedic industry cluster in Warsaw, Indiana, played a leading role in an assessment and recommendation led by BioCrossroads, the state of Indiana life sciences consortium, to identify how to strengthen the regional orthopedics cluster in Northeast Indiana. Recruited to become the organization’s first CEO, serving from 2011-2012.

Leading Fortune 300 $13 billion medical technology corporation recognized as one of the world’s most admired and best-managed companies. Recruited directly by the CEO to run a newly expanded group of divisions centered on implantable devices, comprising nearly half of Stryker’s revenue. Key challenges were sustaining success and creating differentiation in the Joint Replacement and Trauma businesses, building growth platforms in the Extremities businesses, and turning around the Spine business. Retired June30, 2019.

Through July 2018 was responsible for Stryker’s Joint Replacement, Trauma & Extremities, Spine and Performance Solutions divisions along with Orthobiologics and Foot & Ankle business units and China-based Trauson Ltd. operating unit delivering over $5 billion in annual revenue. Had ownership of the fully integrated P&L, from revenue to operating income for North America and Western Europe, as well as revenue responsibilities for Australia, Japan and China. For over one year also had enterprise-wide P&L responsibilities for the Asia and South Pacific regions with nearly $1 billion in revenue. Reported to CEO and led a team of eleven including five Division Presidents, Group CFO, Chief Legal Counsel, and functional leaders in Strategy & Business Development, Human Resources, Information Technology, and Operations. Active participation in all corporation Board meetings, frequent involvement in investor relations activities, enterprise-wide executive sponsor for Stryker Women’s Network. Transitioned to an advisory role in July 2018 in anticipation of retirement in June 2019.

Grew total business volume faster than market growth rates, with a five-year CAGR of 7% versus market of 3.3%. Made key strategic acquisitions of Mako Surgical for $1.7 billion and Small Bone Innovations for $375 million along with many other sub-$100 million transactions. Integrated acquired businesses to effectively capture synergy potential. Successfully nourished higher growth potential businesses in Trauma and in Foot & Ankle to deliver market-leading growth in the US for five consecutive years, delivering CAGR of 3X versus market. With the highly successful integration of Mako robotics into the Stryker Joint Replacement business, created a disruptive technology platform and commercial model that led to unprecedented market share gains in knee replacement and changed the industry.

DePuy Orthopaedics, now DePuy Synthes is a $3+ billion market leader in orthopedic implants with major facilities in Indiana, Massachusetts, Ireland, the UK and China. Recruited by then Franchise Company Group Chairman Mike Mahoney to implement a settlement with the US government, re-engage the management team and employees, and to restore healthy growth to the Joint Reconstruction business.

Took over the Joint Reconstruction business that had underperformed for an extended period and concluded a settlement with the US Department of Justice and the Inspector General of the US Department of Health and Human Services. Promoted to worldwide role to integrate DePuy International and the Trauma & Extremities divisions into a single worldwide business unit with a common strategy and portfolio plan. Reported to the DePuy Franchise Company Group Chairman and was a member of the Franchise Global Management Board, and led a division Management Board of 10 and then later a worldwide management board of 14 including members from US, Europe, and Asia.

A $100 million division of Abbott Labs, Abbott Spine was a leading growth business in spinal surgery, acquired as Spinal Concepts by Abbott in 2003 and divested in a sale to Zimmer Holdings in 2008. Recruited by Spine Division President Jeff Binder as his replacement to transform the start-up culture and operating practices into a disciplined Abbott division, rebuild the management team, complete full FDA compliance program, and develop mid-range growth strategy.

Took over a division that was struggling to recover from an FDA warning letter and significant management turnover. After a four-month transitional role under the outgoing President, took over full responsibility for the worldwide business and integrated P&L, responsible for driving growth organically and by acquisition. Reported to Abbott COO Rick Gonzalez and later other Abbott group executives. Led management team of 10.

AxioMed was a venture funded start-up focused on the development of next-generation artificial disc replacement implants. AxioMed had completed its US pivotal clinical study and the Freedom Lumbar Disc was CE marked and commercialized in Europe before running out of cash in 2014. Recruited by the venture capitalist dominated Board to replace co-founder President and build an enterprise that could meet milestones and raise further capital.

Joined AxioMed when it was short on cash and had missed key milestones. Closed a Series A follow-on round.

Centerpulse (formerly SulzerMedica) was a leading medical technology company with divisions in orthopedics, spine, dental, and cardiovascular products. Following the divestiture of the cardiovascular businesses, it was acquired by Zimmer Holdings Inc. in October 2003. Centerpulse was acquired at CHF 398 per share in a CHF 4.9 billion transaction, an increase in value of 6.4X in two years driven by the Centerpulse Orthopedics turnaround and related restructuring.

Recruited back to the Orthopedics division to head up US sales and marketing, then promoted to President in the midst of crippling litigation and rapidly declining sales due to a product recall.

Reporting to the CEO, provided leadership and direction to 100+ person direct sales force, a network of independent agents and distributors, and an 180+ person field service organization in 70 offices.

Sulzer Orthopedics, part of SulzerMedica Ltd. of Switzerland, was a leading reconstructive orthopedic implant company with global sales of $300 million. SulzerMedica was later renamed Centerpulse following its spin out from Sulzer Ltd. Recruited to the role by the Vice President, Sales & Marketing, who had been my mentor at Zimmer.

Responsible for sales and distribution strategy and sales management for the Americas. Reversed negative sales trends in the US by developing and implementing a new incentive and investment plan for the independent sales force. This led to a return to above-market sales growth rates for the next three years.

Zimmer is a leading orthopedics company, at that time a subsidiary of Bristol-Myers Squibb.
Held supervisory, management and sales positions of increasing responsibility.

Bachelor of Science, majors in Speech Communication and Psychology